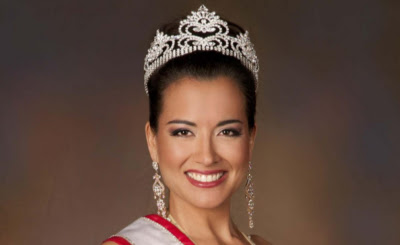 Listen to internet radio with WorldOfInkNetwork on Blog Talk Radio


My luminary guest is literally one of the world's most beautiful women, April Lufriu, April is the Mrs. America 2011 title holder, and recently crowned Mrs. World 2012. She is the National spokesperson for Retinitis Pigmentosa and the VisionWalk Tampa Bay Chapter President.

April Lufriu’s will to win both the Mrs. America and Mrs. World crowns was further reinforced by her life changing 2010 diagnosis of Retinitis Pigmentosa. Her two children have also now been diagnosed with (RP), which is a genetic, retinal degenerative eye disease that gradually leads to blindness.

She also made history by being the oldest winner to be crowned in the pageant’s 35 year history. Her motto is “Become What You Believe.”
April and her sister Melissa were pioneers in establishing the Foundation Fighting Blindness Tampa, FL Chapter in 2007. Both sisters co-chaired Tampa’s first VisionWalk in 2008. She has served as the Tampa Bay Chapter President from 2007 to present and was awarded the 2010 Volunteer of the Year at the Vision Conference in Baltimore, Maryland. April’s mission as a mom is to find a cure for (RP). She speaks at numerous events about her journey to becoming Mrs. World and for the foundation she tirelessly advocates and supports. Her goals are to raise awareness and funds for retinal degenerative eye diseases. With her new title as National Spokesperson for the Foundation Fighting Blindness, April is reaching out at the national level to fulfill her mission.

"The Write Step with R Jeffreys” is an interview based show focused primarily on the lead players in the Arts and Letters.

Posted by RJ Jeffreys at 2:37 AM No comments: